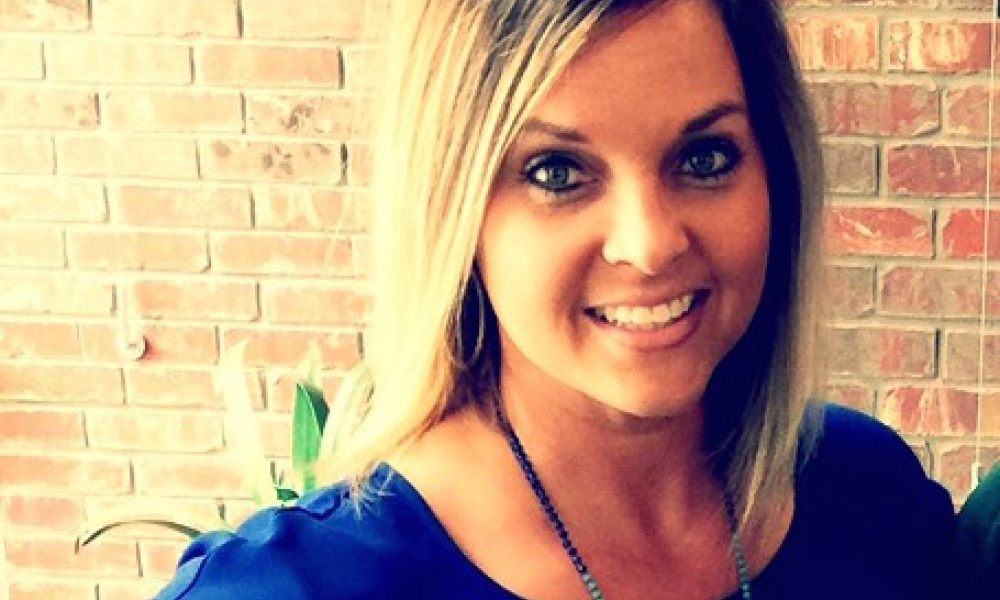 My name is Cari, I’m 33 years old and I’m a Gladney birth mom of a beautiful 14-year-old girl. My journey started when I was 18 years old and a freshman in college. I grew up in a middle class family, my parents divorced, and I moved away from what I knew as “home” when I was in 4th grade. I somehow found myself in the “popular crowd” and as a teenager, thought that being in that crowd and having the hottest boyfriend was the most important thing.

The summer after my senior year, I was accepted into Texas Tech University, but stayed behind to be with my high school boyfriend. Needless to say, it didn’t work with my high school boyfriend, and I found myself dating around, drinking and partying, and deep down knowing this was not going to end well. In October 1999, I missed my first period. I knew something was wrong but was in denial. Luckily I had made some very good friends, and I confided in a few. I worked at Albertson’s and was too scared to purchase a pregnancy test, so I stole not one, but multiple tests to confirm what I deep down knew was already going on. I was pregnant. I had a decision made in my head already. Find the money, find a center, and get an abortion without anyone knowing. After confiding in a friend, she and I went to a pregnancy center to confirm that I indeed was pregnant. At the age of 18, I was pregnant and didn’t know WHO the father was. This was terrifying, and I had to make it go away fast. I decided to have an abortion.

Before I could make an appointment, I came home and my mom was already at home waiting for me. I knew then that my little secret had gotten out. We were both in tears and even though I didn’t want to admit it, a HUGE weight had been lifted off my shoulders. I told her I was planning on an abortion, and she asked that I just speak with a pastor first. After talking to Pastor Dave and speaking with my Nana about Gladney, I decided I would consider it. We visited the Gladney Center just to see what it was all about, and after that visit, I knew adoption was what I needed to do.

I finished my fall semester at junior college and moved to the Gladney Center in January 2000. As the days went on, my level of comfort began to increase at Gladney. I lived with girls from all walks of life, but we had one thing in common - we were all choosing adoption for our child’s life. As my pregnancy continued, I remember meeting with my caseworker, Kim Clark, when the time came to start the process of who my daughter would be placed with. At this point, I felt overwhelmed with decisions, but at the same time, comfort that I was giving her the best possible life I could. I began to get portfolios of families, but didn’t feel right about any of them. I asked my caseworker, “How will I know who the right family is?” I’ll never forget her answer, which was simply, “When you find the right family, you’ll just know.”

It wasn’t but a matter of days before my world was completely rocked. Jennifer and Dan were Gladney parents already, but weren’t looking to adopt again. A friend reached out to them and told them that they needed to adopt my little girl. They quickly put a portfolio together and the next thing I knew, I was headed to Temple to meet them. The conversation with them was natural, fun, and was flat out just “normal”. I remember saying to my mom “ That’s it! They’re the ones!” My caseworker, Kim, was right - I just knew.

After that weekend, I felt so much better as the days went on, knowing I had found the perfect family for my little one. Each night was filled with conversations with Jennifer and Dan, making plans for the big day. I knew that I wanted them to be a part of it. As my due date approached, I remember doing everything I could do induce labor and contractions. And, sure enough late that night, full contractions began. I finally got to the point where I couldn’t take it and started making the phone calls to family and friends and most importantly, to Jennifer and Dan. I left for the hospital around 3:45 am and at 3:14 pm on July 20th, 2000, I gave birth to my beautiful daughter. Jennifer and Dan were there, and the smiles on their faces were confirmation that I was doing the right thing. They were already in love and I was so happy they were there for her birth. They decided to name her “Anna” with her middle name being the same as mine, “Leigh”. I was so thankful and blessed to have such an amazing family to place her with.

Over the next few years, I got to see Anna once or twice a year as my visits to Houston allowed. In January 2011, my job re-located me from Austin to Houston where Anna lived. I knew all along God had a plan when he moved me here because I always told myself I’d never leave Austin.

Today, I’m a college graduate with my degree in Criminal Justice, and I’m currently a Regional Supervisor for a student housing management company. I speak publicly about my adoption story and overall consider myself to be more successful than I ever would of dreamed of. I’ve been introduced to Anna as her birth mom, not “mommy’s friend” anymore. I see her 3-5 times a year depending on our schedules. They are my second family, and I can’t imagine my life without them in it.

My words of encouragement for anyone considering adoption is to be strong and know that you are giving the greatest gift of life to your child and giving a family their missing piece of their puzzle. The process is a journey and it wont always be easy. Choose your own path and customize your own placement plan. Make it one that will make you happy and know that you ARE making the right decision. God has a plan for each of us and it was determined way before we ever were conceived. Our path just includes adoption, which is the most selfless and giving act one can go through. But that’s why He also made each of us strong and loving. Walk by faith and remind yourself daily “ I can do all things, through Christ who strengthens me” – Phil 4:13