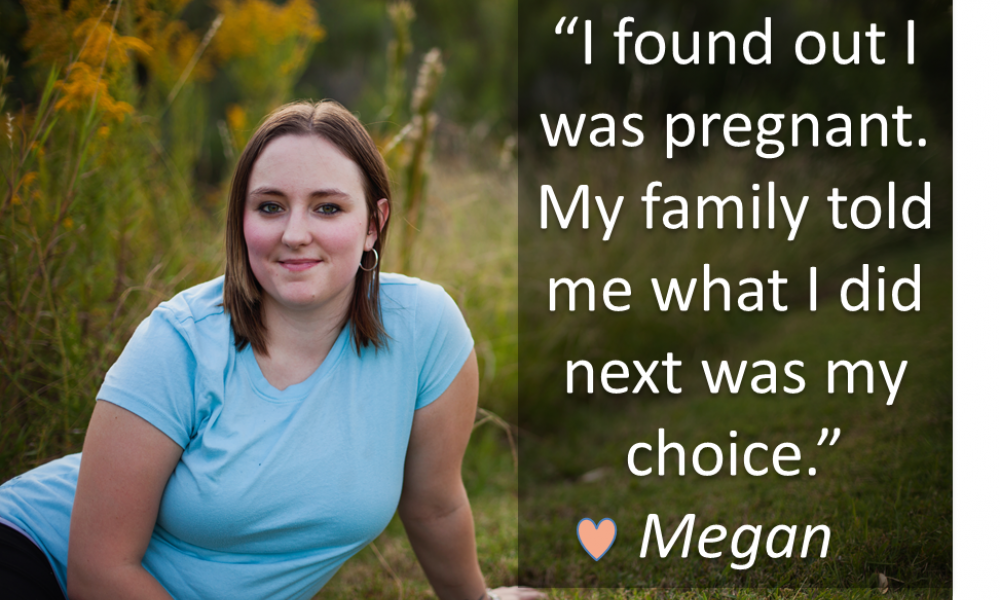 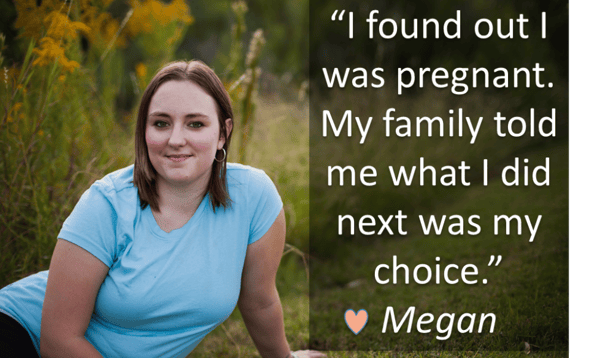 I knew in my heart that I could not raise a child on my own. I was only 21, working as a waitress, and barely making $150 a week. I knew I did not want this life for my child. In my mind, I knew I had two choices. After some serious thinking, I knew abortion wasn’t for me. I even made the appointment, but after seeing my little peanut on the sonogram, I just knew in my heart what to do. I contacted Gladney and went in the very same day to talk with Tara. At first, we just talked about me, and my life. She then told me what Gladney had to offer. Once she started talking about the dorm, I knew that was the right choice for me. Being around girls who were going through the same thing would help me cope.

I moved into the dorms on Halloween! All of the dorm staff was very helpful and made me feel right at home. My first few weeks at Gladney were a very hard transition. I had just started at a new job, and moving into a dorm full of twelve girls I knew nothing about was tough. At first, I only felt comfortable talking to the staff. After a while, I started to open up to others and made some great friends. The girls helped me through so much—I will always be grateful.

When I got my profiles, it took me a couple of days to narrow it down from 7 to 3. A couple of days later, my caseworker pulled me into her office and told me that my first choice couple had already been chosen. I was so upset, but told myself that everything happens for a reason. After looking at my profiles again, I decided on a family. The meeting day came quickly. This would be the first time ever seeing or talking to them since we skipped the phone call and went straight to the face to face. We sat at lunch for two hours, talking and getting to know each other. From the moment I saw them, I knew they were the ones, but after talking with them and getting to know them, I was convinced that I wanted them to raise my son.

Over the next few months, we emailed and had weekly phone calls to get to know each other. Every time, we would talk for about an hour or more. They always asked how the baby was doing, but were also interested in getting to know everything about me too.

I was due April 20th, but my little man just did not want to make his appearance. My doctor set my induction date for the 24th, but the afternoon before, I was having some bleeding and was rushed to the hospital. I immediately went to labor and delivery to make sure nothing was wrong. Everything appeared fine, so they started induction. I went from 4cm to 8cm in an hour. In the next 2 hours, I went from 8cm to 10cm. Since I dilated so fast, the baby didn’t have time to flip over. We tried for over an hour to get him to flip over with no luck. I went into the OR to have a c-section, and soon after, my little man was born! A couple of hours later, I got to hold and see my son for the first time. He stayed with me most of the while I was in the hospital. Saturday was the day I had to leave the hospital without my little man. I stayed with family after leaving the hospital because they were so supportive. It was hard though, because normally when you come home from the hospital, you have a baby to show off. My friend Sallie from Gladney had her baby two days after me, which was a good thing because we were able to go through the hard parts together.

I had my first nursery visit on that following Tuesday. I couldn’t wait to see my son! My first visit went very well. I took a lot of pictures, knowing that they would be the only pictures I would get while he’s little. The 31 days flew by really fast and before I knew it, my friend Sallie’s placement day was here. I had grown so close to her little man that her placement was very hard for me, but it gave me a glimpse as to what mine would look like.

My placement day came a lot faster than I wanted. The day started off with a nursery visit, my last one I would have with my son. My mom, aunt and Sallie came to support me. As the time got closer, I got more and more nervous. I had not seen the adoptive parents since our face to face. My caseworker was there for me the whole day. Everyone walked down to the placement room together, but I was the last one to enter the room. The smiles on the adoptive parent’s faces took away all of my worries. It was the first time they were seeing their son. After about an hour of exchanging gifts, talking and taking photos, my caseworker asked me if I wanted to hold him one more time before it was time to go. The room was silent as I just held his hand, looking down at my sleeping boy and crying. I knew if I did not place him in the adoptive mom’s arms that I would never let go. I hugged them goodbye and walked out of the room, knowing that the fate of my son’s life now lay in someone else’s arms.

"The smiles on the adoptive parent’s faces took away all of my worries."

All of my co-workers and family have been very supportive. They always ask me how I’m doing and how I’m feeling. I get updates and emails every so often. Every time I get a photo with him smiling, it makes me smile and puts my heart at rest.

I know what I did for my son was the best option, not only for him, but for me as well. I know my son will not be in need, and will grow up in a very happy home. And for that, I am forever grateful to the adoptive parents, and Gladney. If it was not for Gladney and the wonderful and caring staff, I don’t know where I would be today.